Bianca Neve was the District Eleven female who competed in the Quarter Quell. Of what little was seen of Bianca, she appeared to be a shy, warm-hearted, but misplaced girl who felt she didn't exactly fit in with the rest of the District children. Bianca was paler than her peers and was often made fun of because of this. Bianca was very close with her family, and wanted little to do with the Games. And although she had a few enemies in her District, she was never regarded as someone meant to compete.

Why she was voted in is but a mystery. Her enemy, Brittney, was most likely one of the ones who voted her in, and unfortunately, her partner, Erik Fiske, placed a vote for her at random--never once thinking that one single vote would make all the difference. Bianca Neve showed evident sadness on stage, and her family had a difficult time saying goodbye to her. To make matters worse, on her train ride to the Capitol, Bianca witnessed an Avox getting shot through the skull by a rather callous Peacekeeper, which disturbed her greatly.

Erik Fiske felt obligated to keep Bianca safe from harm, as he thought his single vote might have caused her to get voted in the Quell. There was little seen of Bianca during the Capitol.

During the Bloodbath, Bianca became separated from Erik, and attempted to run to the Cornucopia in hopes of seeing him. Bianca became confused and distressed as she ran to the Cornucopia, and out of the stress and chaos of the environment, collapsed into a state of despair in the open fields. Lucian Drake, also heading towards the Cornucopia, saw her nearly collapsed on the ground. Lucian used deceit and manipulation to both influence and encourage Bianca to ally with him. Lucian lied about Erik's death for reasons unknown...possibly to avoid a confrontation with him at the time being. Lucian then used Con's abandoned coin to kill Bianca in a game of chance.

After learning of Bianca's death, Erik Fiske's sanity began falling to pieces. Erik's vow to protect Bianca meant nothing anymore, and for this, Erik wants revenge against the killer, whom he suspected to be Sade until he asked her himself--confirming his suspicions thanks to an earlier confrontation with Maeve. Erik's dying words were said in front of Jet Matthews--some of them being a death wish for Bianca's killer. It is suspected Jet Matthews plans to honor this request.

Bianca was written and created by Johnbeerius.

Bring Them To Their Knees 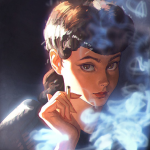 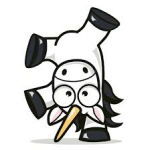